This week, as part of our Successful Lives Programme I led a series of Wellbeing sessions where we practised Mindfulness.  Being aware of what is going on around you is important for lots of reasons: it keeps you safe; it keeps you informed; it helps you to decide what you need or want to do. Being aware of what is going on inside your head – your thoughts and feelings – is just as important for your mental health. It helps us to pay attention to things, understand our feelings and enjoy a better life.  In these sessions I introduced the students to practising mindfulness through meditation, meditation is a way of training the mind to relax and see things clearly and calmly.  As you might imagine it was an extremely relaxing lesson indeed!

Year 8 Engineering students are making miniature skateboards or tech decks. Students have cut Styrofoam moulds to shape plywood into the signature skateboard shape and used coping saws to shape the deck, and hacksaws to cut out stainless steel axles. This is the first time Year 8 are working with metal, so we have been doing lots of work around ferrous metals, nonferrous metals and alloys. Students have also been introduced to a new type of glue called Epoxy Resin, which they have been using to glue their wheels to their axles. Finally, students have been able to add their own personal touch by painting the underside of their skateboards.  Students have been really enjoying this project, and have been able to use a lot of previous learning from other cycles to inform their work for the skateboard project. Ms Maxwell and Ms Arklie have been really impressed by students’ independence and self-management to finish their skateboards before the summer holidays. 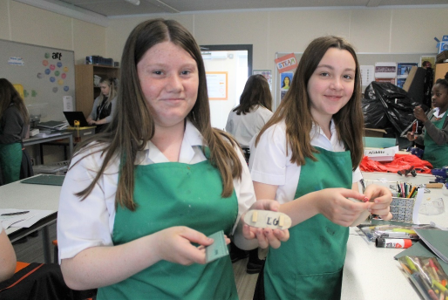 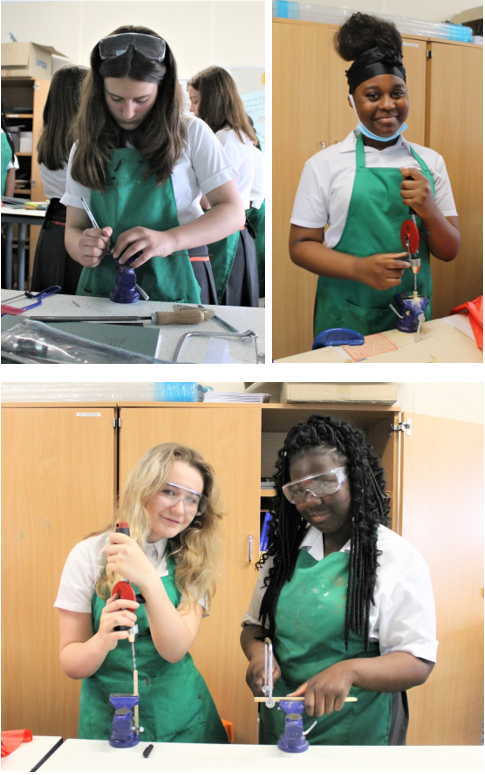 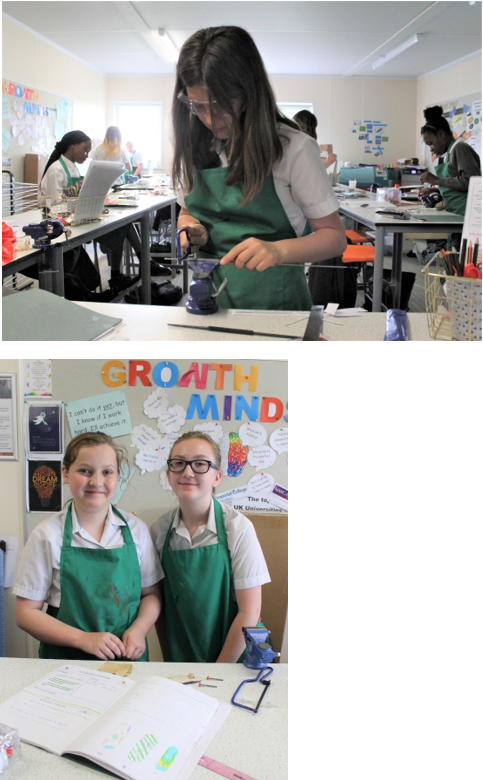 Students in our Engineering Club are making sustainable building models for the Bloodhound race team to use in Haskeen Pan, South Africa. The building is being designed for the team when they're in South Africa to beat their world record. The students will be presenting their ideas to Bloodhound before the summer and there could be a possibility of one of their designs being chosen for the team to use.

The Bloodhound Project is a global engineering adventure, using a 1000 mph World Land Speed Record attempt to inspire the next generation about science, technology, engineering and mathematics. 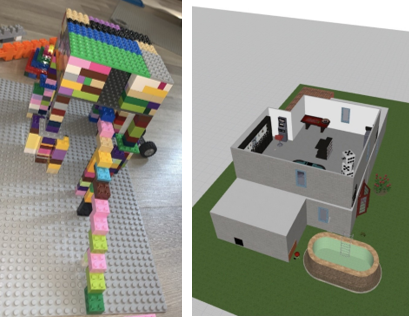 Mr Beaumont and Mrs Mossone conducted a joint Science and Spanish lesson as part of the science project “Mars, our home of the future?” aka “Marte, ¿Casa Del Futuro?”

This lesson was about actually how the first humans would live and survive on Mars, their habitats and how they would embrace the somewhat challenging weather conditions on the ‘red planet’

Students were provided with a vocabulary list of types of materials e.g. plastic, metal, concrete and carbon fibre, all with their Spanish translations to use simple sentences to give reasons why a particular material was being chosen/used.  Students then had to choose suitable and appropriate adjectives (adjectivos) to describe the behaviour of the building materials.  Mr Beaumont then had to learn the Spanish, too, before he helped students consider the scientific reasons for their choices (in English).  Mr Beaumont has no previous linguistic skills or abilities in Spanish and it was good for the students to see him well outside of his own comfort zone in terms of learning and speaking Spanish for the first time.

The second half of the lesson involved students considering the weather on Mars, which has some similarities with some weather patterns on here on Earth but is also quite unique in other ways too. 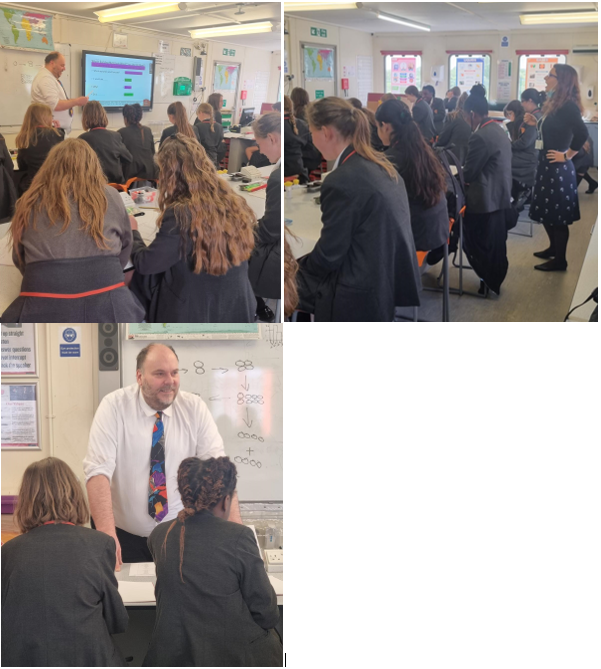 In last week’s blog we mentioned our inter-year football match but failed to include a match report from Mr Proctor .. which can be read in full below!

It was a cloudy day in Stone ready for the el classico – Year 7 vs year 8. The Dartford valley ‘stadium’ was filled with endless Stone lodge supporters and staff, cheering on their respective year groups.

The game kicked off with a superb start by the Year 7 team, keeping possession and passing the ball like Barcelona in their prime!  It wasn’t long before the deadlock was broken. The Year 7s were breaking down the right-hand side of the pitch before the ball was crossed into the box. After a couple of good challenges and some good defending from the Year 8s, the ball fell to Connor Y at the back post, who placed the ball into the bottom right-hand corner away from Archie M to allow the Year 7s to lead the game 1-0.

A tactical substitution from Miss Haynes for the Year 8s halfway through the first half allowed Enoch to get himself involved in the action. The Year 8s were breaking on the counter-attack when the ball was found high in the air. Bobby used some Lionel Messi-esque control on the edge of the box and passed the ball out to the left-hand side before Enoch curled the ball from 30 yards out into the far top corner. It is rumoured on FIFA 22, Enoch will have 99 finishing.

Some back-and-forth action between both Years allowed for some great chances to score by Harry W, Leon A and Tyreiss S-W however it wasn’t until the final 5 minutes of the second half where Daniel G fired a rocket shot towards the goal from 35 yards out, Similar to that of Cristiano Ronaldo in his prime football days. The Year 7 keeper Ryan managed to get a hand to it but the power was too much and the ball bounced into the goal to put the Year 8s 2-1 up. The Halftime whistle blew finishing 2-1 in favour of the Year 8s.

The second half kicked off with the Year 8s having a few good early chances, but Ryan B pulled off some great saves to keep the Year 7s in the game. It wasn’t until late in the game when Archie O dribbled past three Year 8 players before firing a shot towards the bottom left hand corner. The crowed watched in anticipation which seemed like slow motion until the ball ricocheted off of the inside of the post and the ball hit the back of the net. The roar from the Year 7 supporters and Miss Scott, Mr Hedger and Miss Deacon was comparable to that of winning the world cup final! The whistle was about to blow when a through ball from Alex F set Tyresiss S-W through on goal to win the game. A class sliding tackle from George ‘Van Dijk’ B stopped Tyreiss from having a shot and cleared the ball away to safety. The whistle blew for full time with a score of 2-2. The only way to settle the el classico was penalties.

After a thrilling penalty shootout and two great saves by Archie M, Year 8s edged a 2-0 win on penalties.  A fantastic game and well done to all of those involved! Men of the match: Bow S and George B 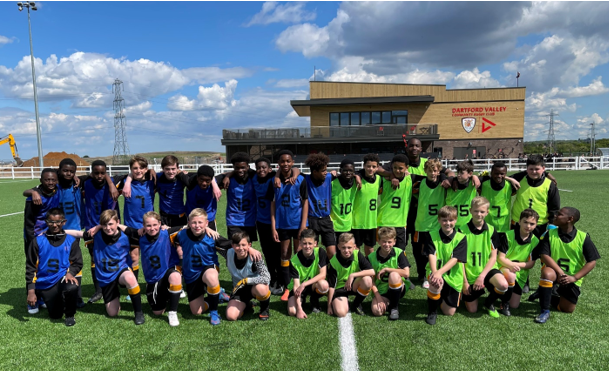 All our team work tirelessly to support our students, but it is lovely to have a member of staff recognised for their care and efforts on behalf of our students.  I recently received the below parental note;

“I would just would like to acknowledge special Thanks to Miss Odumosu.  Last night Miss Odumosu stayed with my daughter for two hours outside of school hours to support her with her anxiety. My daughter was excited, but terrified to go back to Rugby, a sport in which she loved. With the support and gentle continuous encouragement my daughter made it on to the pitch, and even manage some ball skills with the coaches. Needless to say, she came off the pitch smiling.”